I got a call Saturday morning that broke my heart.

Tears fell by the bucket loads.

Connor Waller was only 23 and battled a lifelong disease called Alport Syndrome which affected his kidneys. Even as a child, he knew the time would come when he would need a transplant. I remember his mom telling me he wanted to go to college and be the first to create a bionic kidney to replace his diseased one. The thought showed such determination and hope.

I met Connor when he was two years old. I began attending a college and career group my freshman year and met five ladies who became instant friends. One of those ladies was Connor’s mom, Heidi. The six of us hung out all the time. Movie nights, camping trips, concerts, beach weekends, swimming parties, bible studies, church trips, and sleep overs filled our free moments. Most of the time, Connor was a part of our silliness and shenanigans. I even have a picture of me wearing his underwear on my head!

I’ll never forget the night he kept trying to sneak out of our hotel room. Finally, I told him there was a boogey man outside that would get him if he went out there. The rest of the trip he was terrified to leave the hotel! Heidi was not happy with me after that!

Over the last twenty years, I’ve watched Heidi mother her son. Boy, has she done a good job, along with all his extended family. It really does take a village. Connor grew into such a friendly, good young man. He has never been one of those spotlight kind of people but was always much more comfortable in the background. Some of the pictures his friends and family have posted this weekend moved me to tears as I saw him traveling and living life to the fullest. He never let his health stop him from trying new things and going grand places. The year I saw him step up and help lead a small group at Disciple Now warmed my heart like no other. Seeing a kid who has grown up being ministered to turn around and minister to others shows such growth. He also went to Alaska on the mission team who worked with the elementary kids. He had plans to go back after he got healthy again.

You know, we see folks posting prayer requests all the time and when I saw Heidi’s post to pray for Connor Saturday morning as he was rushed to the hospital, I never imagined the outcome would be death. My heart hurts so much for their loss. Even though I know he knew the Lord, he had so many more adventures he wanted to have and memories that needed to be made.

We aren’t promised tomorrow. We aren’t even promised our next breath. Losing Connor so unexpectedly not only broke a bunch of hearts, but it has made us aware of the fragility of life.

If we can learn anything from Connor it would be: Live Big, Live Full, and Live Intentionally. Never miss a chance to tell the ones we care about just how much we love them. And do the things today instead of putting them off for tomorrow. We never know when it will be our time.

Connor’s few short years were filled with lots of life. He didn’t let his health stop him from traveling and having adventures. Thank you for showing us how to live big, Connor. May we honor your memory by living a life of big adventures.

As I think about his life, I have several questions I am wading through. Who do I need to reach out to today? Who do I need to call? What adventure do I need to take? What impossibility needs to be considered? How about you? Let’s make our one life count. One thought on “Too Young” 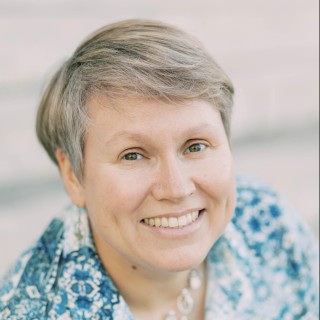 Christy Bass Adams is the Outreach and Connections Coordinator at Fellowship Baptist Church in Madison, Florida where she organizes community outreach and encourages other believers to stay connected and involved in the body of Christ. She is passionate about women’s ministry and regularly teaches and speaks. As an educator for 18 years, she has a heart for breaking down material into digestible chunks. She has added writer to her resume as she pens a weekly inspirational column for Greene Publishing and is a contributor of devotions and inspirational stories to christiandevotions.us, Inspireafire.com, and VineWords. She also has two books under contract, expected for release in 2022. If she is not writing, reading, or with her family, Christy can be found sitting by the fire, resting in a hammock, or wetting a line in the river.